Antarctic krill (also called Euphausia superba) is the king of Southern Ocean crustaceans. If we were to pile up all of the Antarctic krill down south and pop them on a pair of scales, then we could find ourselves with a mass of around 500 million tonnes. They reign supreme … and for good reason! The Antarctic and Southern Ocean ecosystem* needs a lot of Antarctic krill because fish, squid, whale, seal, penguin and seabird species all eat them. In fact, krill are such an important food source that we call them a “keystone species.”

Like anyone at the top of their game, Antarctic krill are somewhat divas when it comes to their demands and social circles. They like it cold, they need to live in a special sea-ice nursery when they’re younger and they even form their own mega-scale cliques (swarms with over 10,000 krill per cubic metre). But … Antarctic krill may not have their perfect little world for much longer. In parts of the Southern Ocean, there is evidence of increasing ocean temperatures and declining sea-ice. And under these warmer, less-icy conditions, krill might have some new company.

Compared to Antarctic krill, Salpa thompsoni like it a little hotter, and they do just fine with a bit less sea-ice about. Salpa thompsoni is a species of “salp” and, in a squishy nutshell, they are very un-sexy gelatinous blobs. In fact, salps are so un-sexy that they can reproduce without a partner and bud off clones of themselves. This budding process results in salps “blooms,” which can consist of thousands of salps. And if that wasn’t creepy enough, salps—although resembling something jellyfish-like—have a spinal cord. That means that, genetically, they are more closely related to humans than they are to jellyfish. Disturbing stuff.

To explore these unknowns, I’m (open wide because I need you to swallow an unpleasant scientific sentence) estimating the potential for habitat overlap between Euphausia superba and Salpa thompsoni. I’m using old data as well as newer data from a 2016 Aurora Australis Antarctic voyage that I was lucky enough to go on. My specific study site is the Indian Sector of the Southern Ocean (this is south of Australia—so it’s like our Antarctic backyard!) and I’m undertaking this research with IMAS (Institute for Marine and Antarctic Studies), ACE CRC (Antarctic Climate and Ecosystems Cooperative Research Centre) and the AAD (Australian Antarctic Division). All here in Hobart, Tasmania.

This is just one chapter of my scientific story. In the near future, I’ll be posting about what might happen if salps do mix in with Antarcitc krill, and how this might disrupt the Antarctic and Southern ecosystem.

*Humans love describing complex systems with nifty words. Ecosystem is just one of those words, and it is used to describe a bunch of both living and non-living things that are interacting with each other. 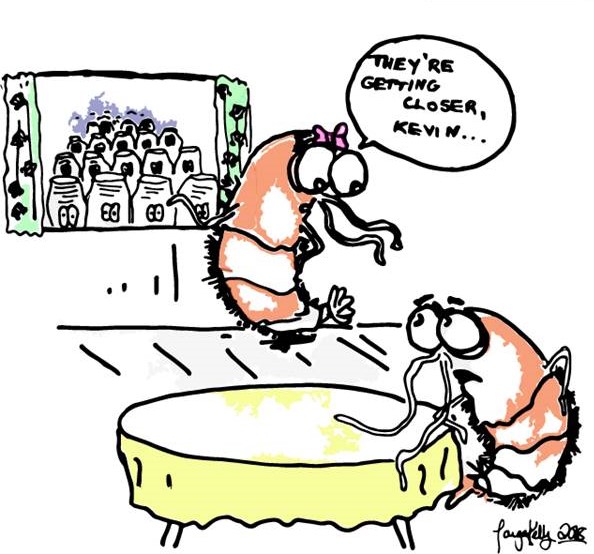 View all posts by Paige Kelly